Last October, I went through the three 2-gallon bags of scraps I had to in order to organize them and use them up.  I found a huge number of half square triangles that became the Offset Diamond Quilt.  After I pulled out all those, I used up a bunch of pieces cut to 3-inches for a border, and then cut squares for the upcoming Scrap Dance 2 quilt.  After all that, I still had this left. 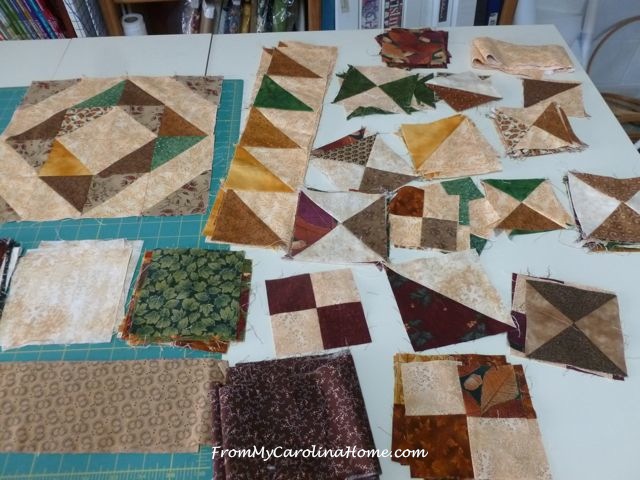 Among the elements partially done were a couple of blocks like this one. 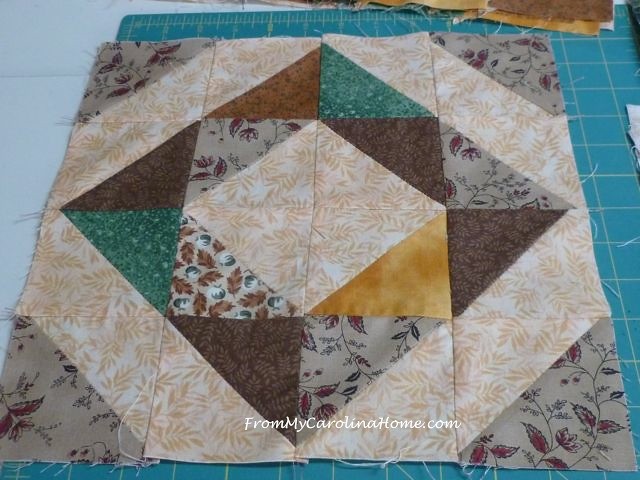 I took the little four-patches and hourglass bits to the machine and just started randomly sewing them together. 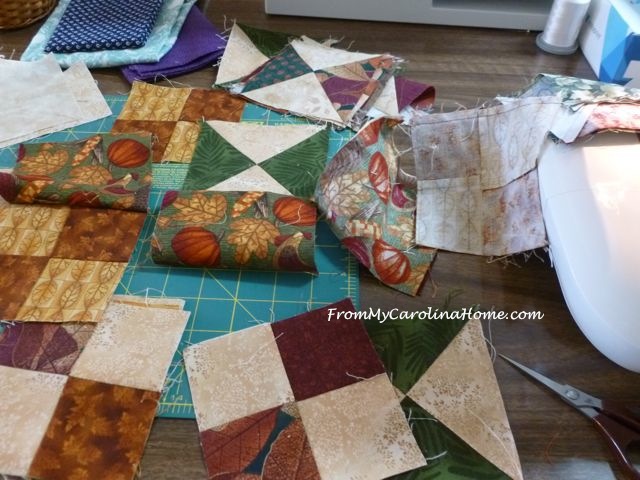 I made some nine-patch blocks from those, adding some fabric squares to finish the blocks. 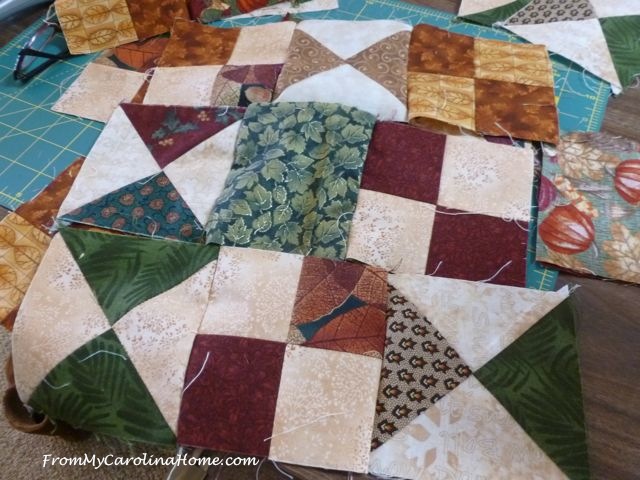 I laid those out on the cutting table and started to work in the other bits.  I made some strips of HSTs that weren’t enough for another full block. 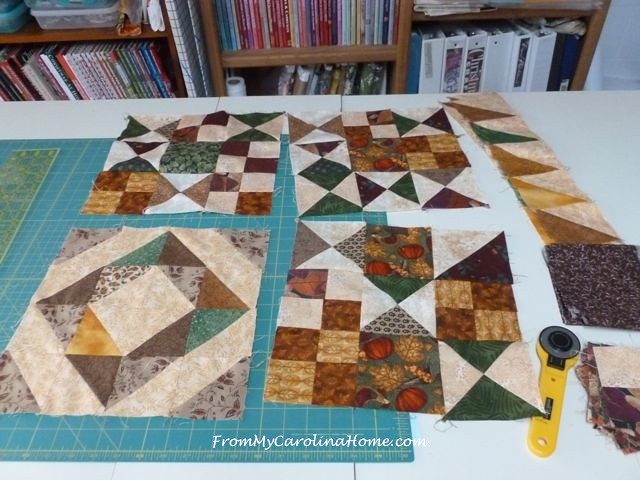 That looked good, so I kept sewing things together, not paying much attention to placement. 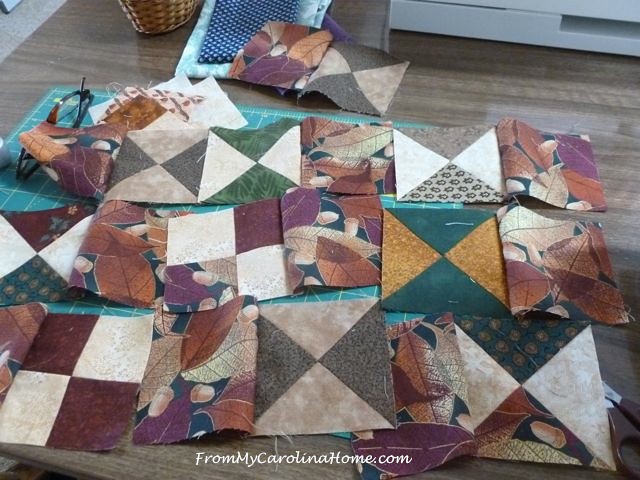 I had a lot of these squares in the fall print, so I just sewed them to the other small bits. 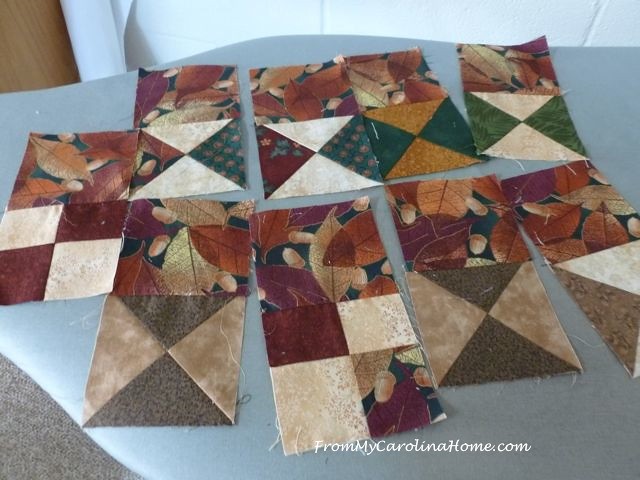 That ended up as a checkerboard element in the center here. I placed it with the other things I had done. 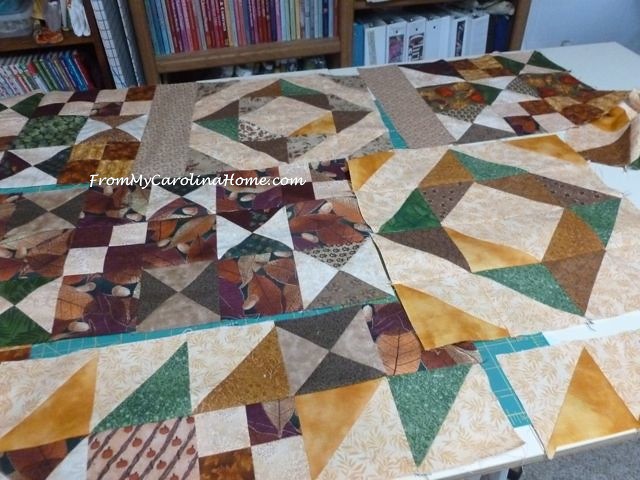 The layout had places where a filler would be needed because the elements were not the same size. So I pieced bits to go between the blocks.  Those two diamond blocks are too close together, so I rearranged the elements and added more. 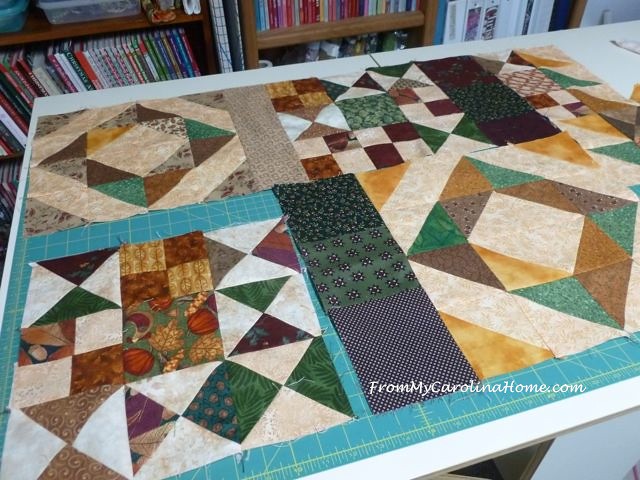 Some spots just got a larger piece of fabric, sewn on then cut to fit. 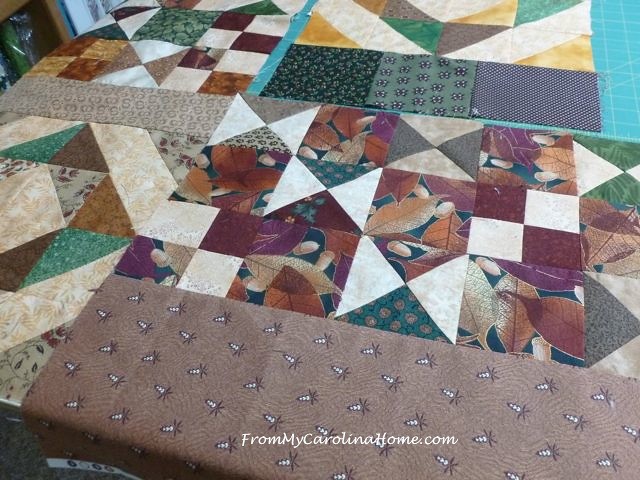 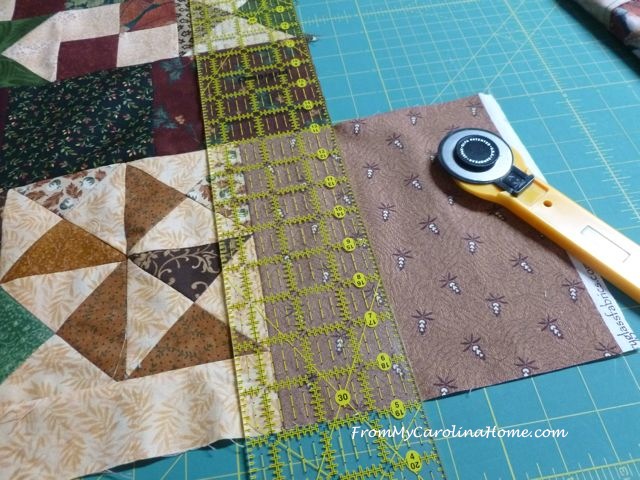 Adding and trimming more areas, the piece was becoming larger. 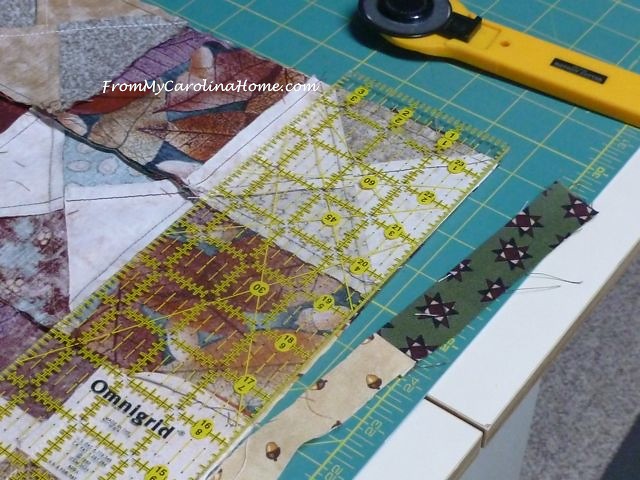 Here is where it stopped for now. It isn’t a good size yet for anything, and I have more blocks to add to it.  The colors are not appropriate for a lullaby charity quilt, and a little too busy for a larger quilt.  So, I have no plan for this UFO, maybe a scrappy quilt carrier, but we will see. 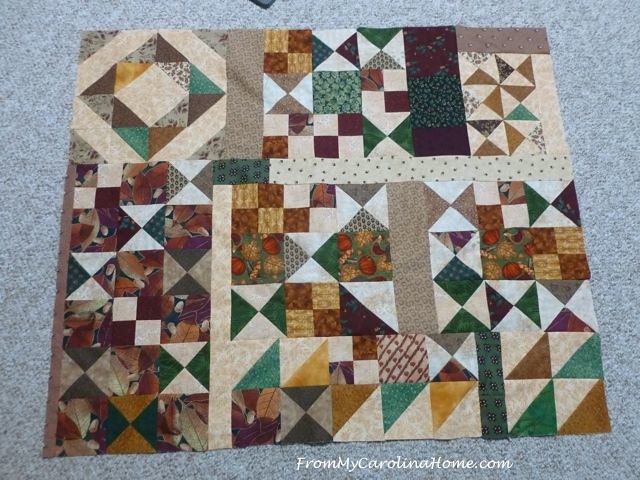