It is cold outside and not much is happening in the outside garden, but inside, there are new things happening.  The violets apparently like their new bit of soil and feeding, new leaves are appearing. 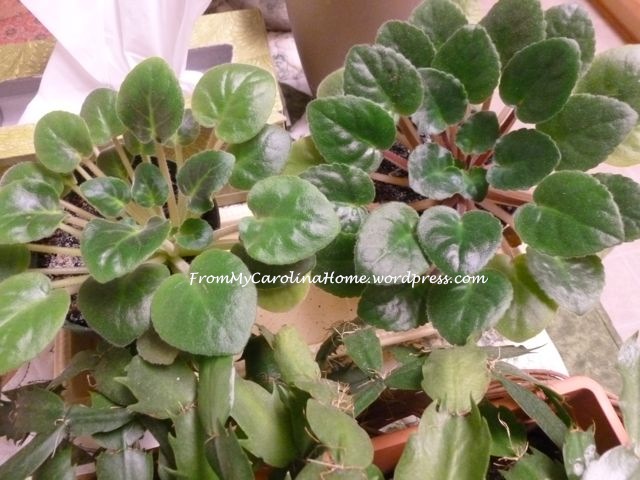 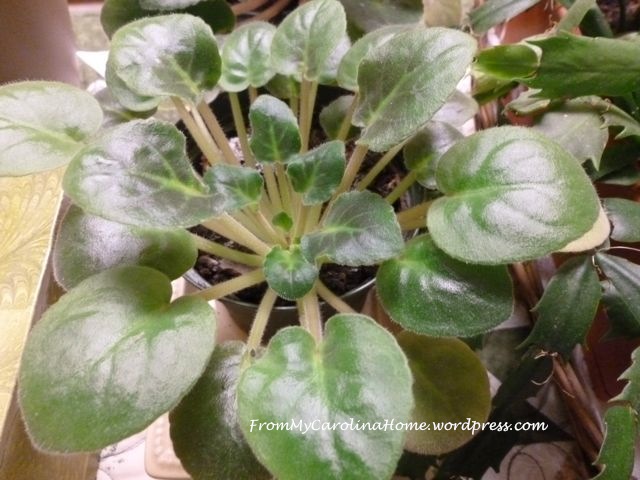 New leaves are shooting up from my sage plant too. 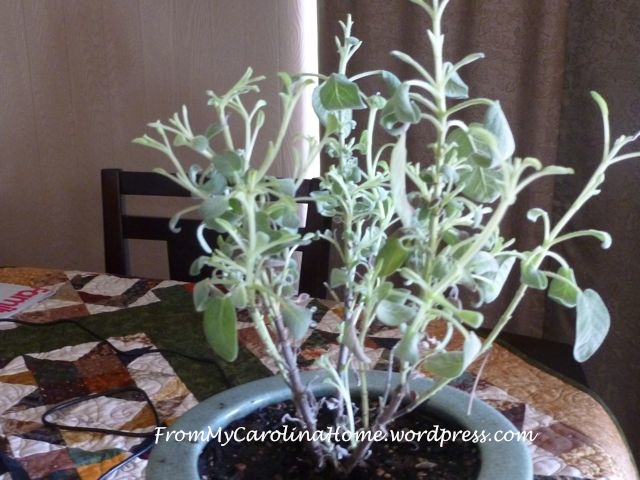 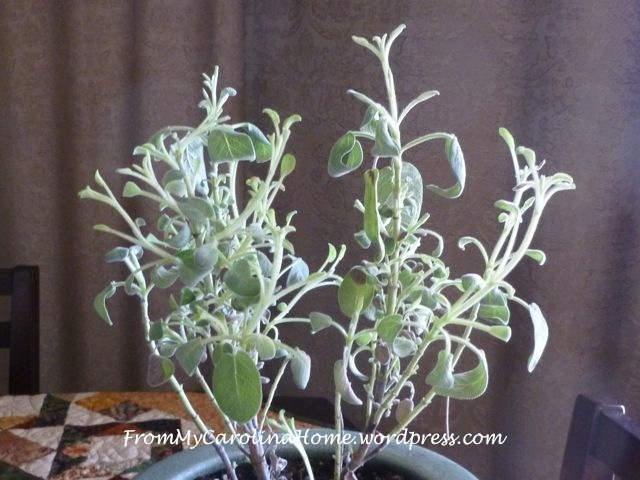 I have high hopes for this amaryllis.  My mother in law gave me this beautiful flower at Christmas in 2013.  It bloomed with gorgeous, velvety red flowers. 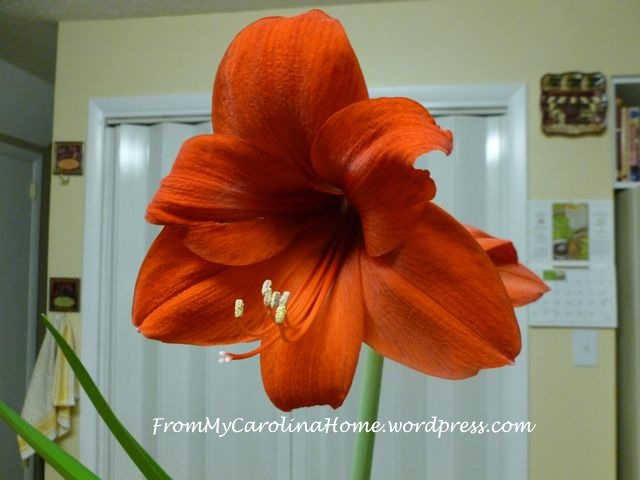 A few days later, it put out a second flower spike. 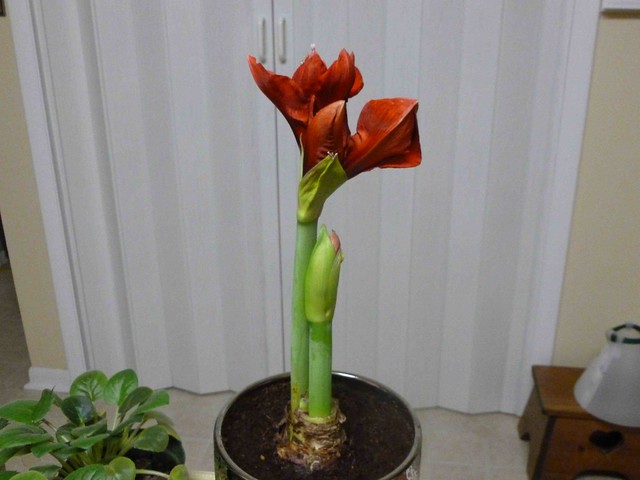 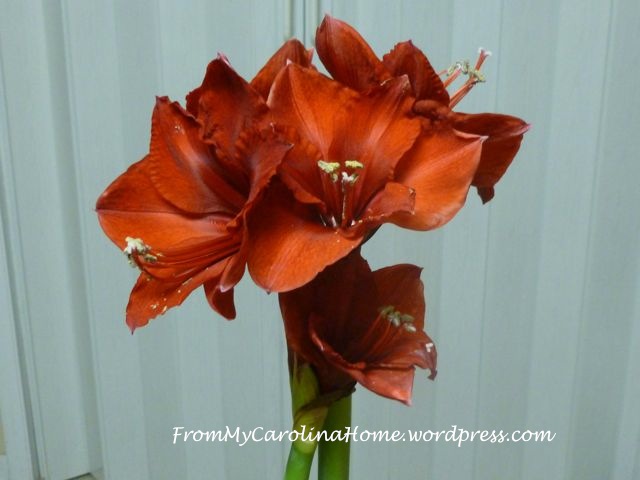 Into February last year, it continued to look gorgeous as the second spike produced two blooms after the first spike was gone. 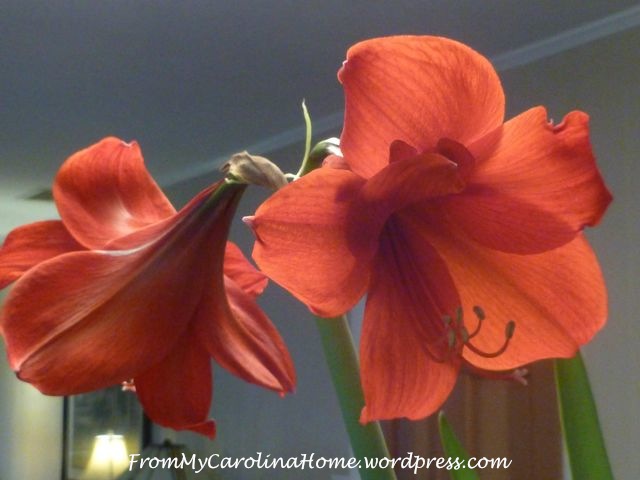 I put it out on the porch over the spring and summer, and it kept its leaves all year. The leaves finally started looking peaked around Thanksgiving, so I cut them off and put it on the sun porch where it was chilly. In early January, I brought it inside, and it started to put out shoots.  It most likely didn’t get enough chill time to produce another flower. 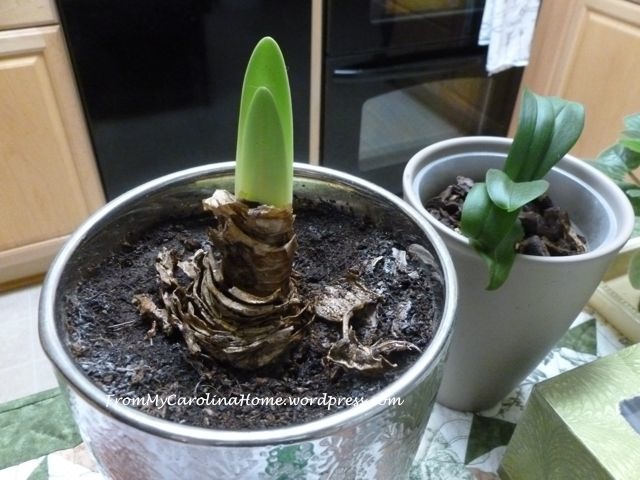 But now it has five shoots! 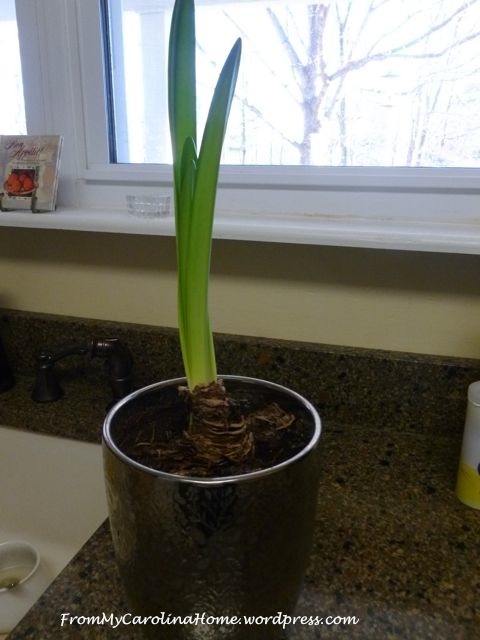 I don’t see any hint of a flower spike yet, but I have high hopes. 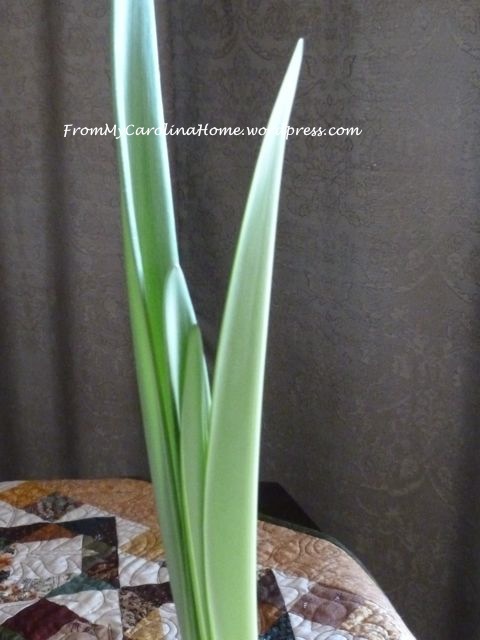 Still no seeds in the stores, I might have to get some online.  I am anxious to get my idea of a miniature greenhouse under way to see if it will work.  These are bread and muffin containers from the grocery store. 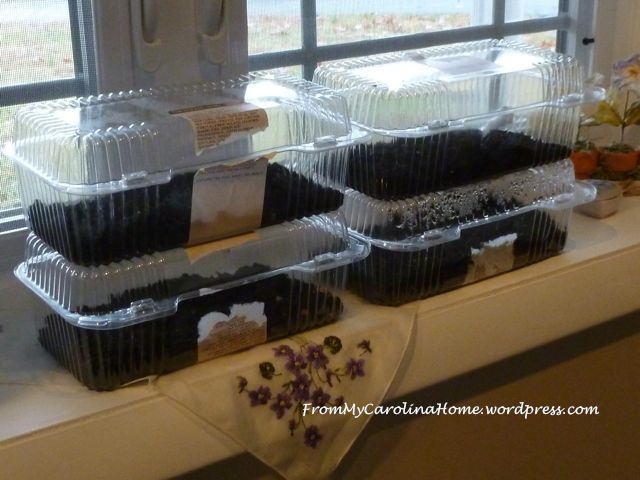 This sunset was a few days ago. Sometimes I wish I had a better camera, but you get the idea! 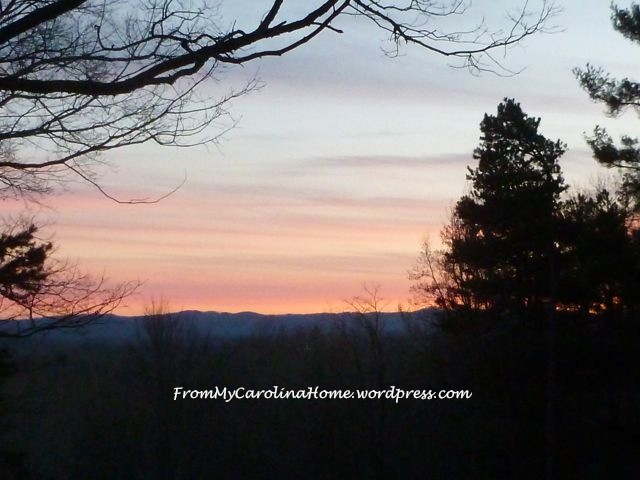 Are you ready to get planting?

Sharing with the fun parties on my sidebar, and …