Moving on to the next block in this quilt along, block 12 is pretty simple. I knew I could do this one in very little time, so I got out the basket of scraps and began pulling colors. I laid out the previous row so I could see what would be next to this block, and vary the colors. Purple with a floral print seemed the right choice for the large squares, and I can use the lighter purple in the nine-patch blocks. 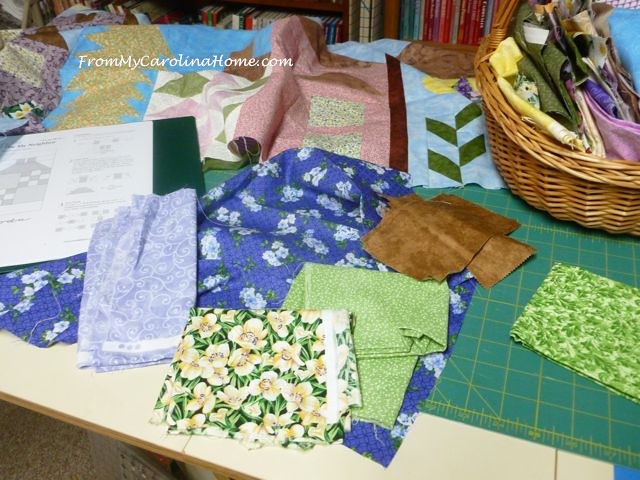 I cut most of the pieces and set them out on my sewing table for assembly. I decided to do the nine-patches using strips instead of cutting all the little 2-inch squares. Laying out the components, there were only two diagonal lines to draw this time. I chain pieced as much as I could before taking the units to the ironing board. 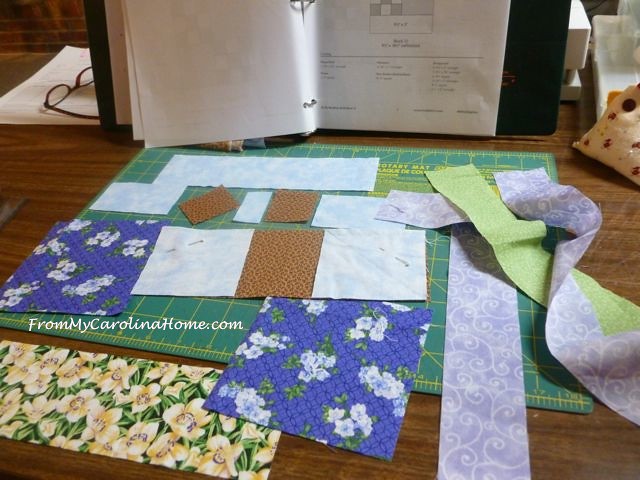 I did the nine patch strip units and cross cut them, pressing the strips toward the green so the units would nest. 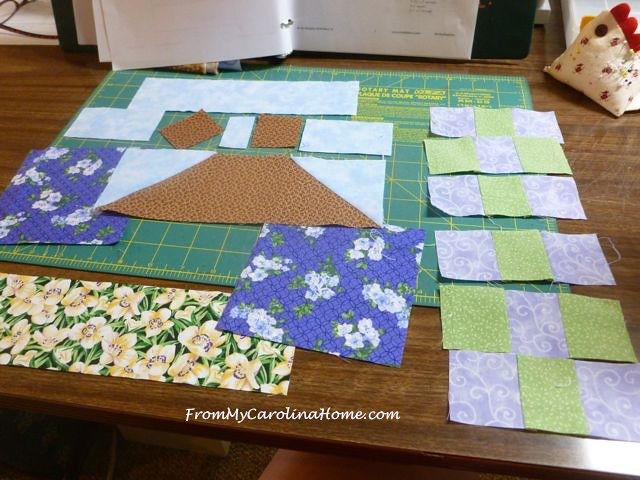 Sewing more units, I looked carefully at the roof knowing that those chimneys would be a pain. So, I carefully pinned them, checked the placement, checked and repinned again. 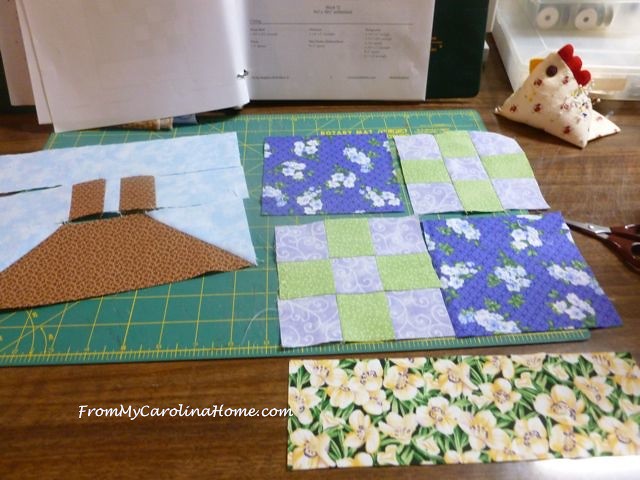 And still managed to do it wonky. Even with the quarter-inch foot and trying really hard. I can’t break the streak now, apparently. 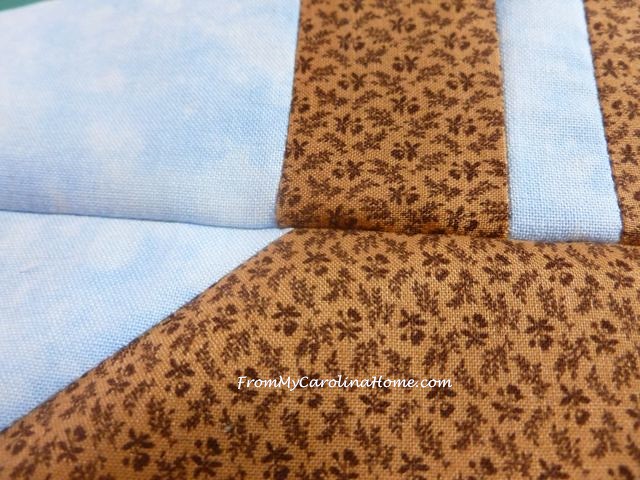 And so, I took it out and redid the seam. Twice. 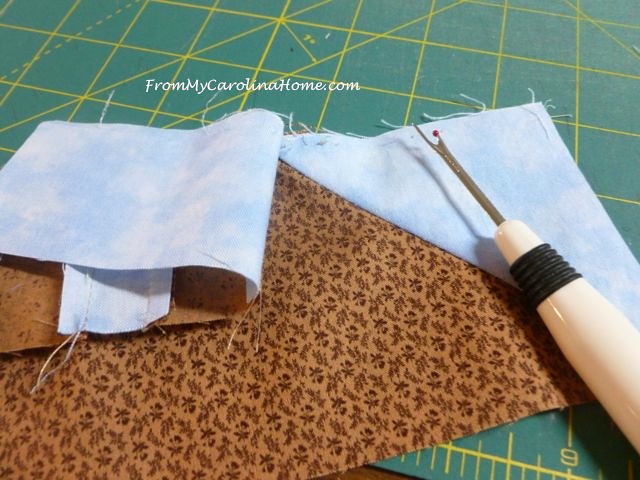 The third time was the charm, or at least as good as I was ever going to get it. I turned to assembling the other units. 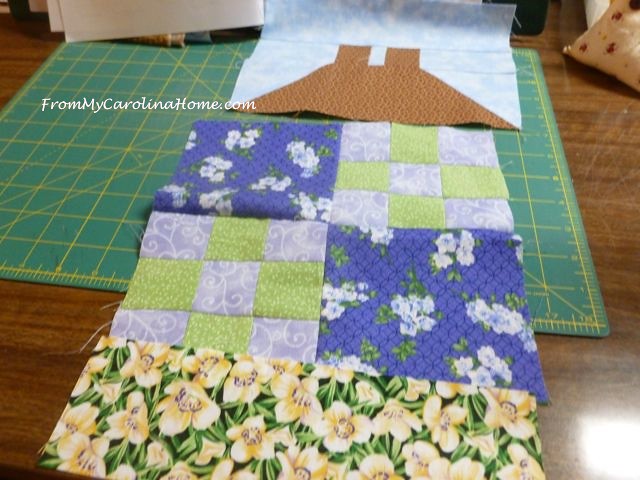 Final two seams were sewn and the block was done.  The purples really are the same bluish tone, the darker one isn’t showing true in the pictures.  The nine patch colors are pulled out of the purple floral print, and match really well. 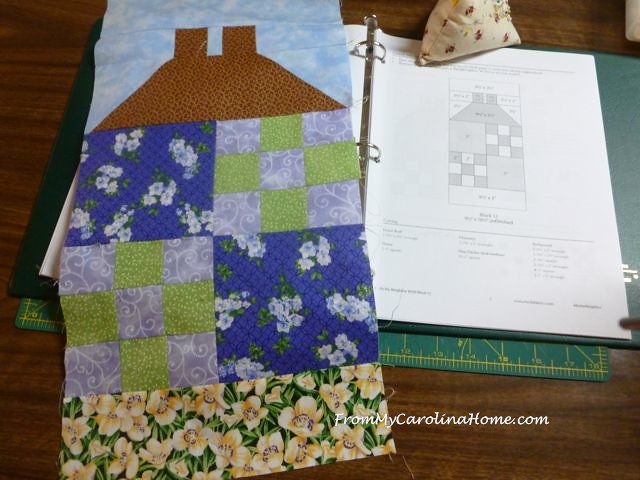 So, those of you really sharp eyed will notice that I skipped Block 11. I have a couple of ideas of how to do that block with all the little houses, but no fabric that will suit for the large windows on each little house. My first thought is to make them all birdhouses, with fussy cut birds in each window. Problem is I do not have any bird fabric. I also thought about using food fabrics, like little farmer’s market stalls. So, I am going to look in the shops for something suitable, maybe one of these ideas or maybe something I haven’t thought about yet. I won’t be able to get to the meeting today for the group as our longarm group is meeting in Weaverville at a new quilt shop. Maybe I can find something cute there. We’ll see!

Are you doing the quilt along? What are you working on now?