February is the time our thoughts turn to chocolate, well for some of us. Others like a little romance. But for those that like a little mystery in our lives, cozy mysteries give us a little of both, and sometimes some chocolate too.  This would be a great time for Chocolate Covered Oreos!  Oreo molds with little hearts would be pretty special at Valentine’s Day. 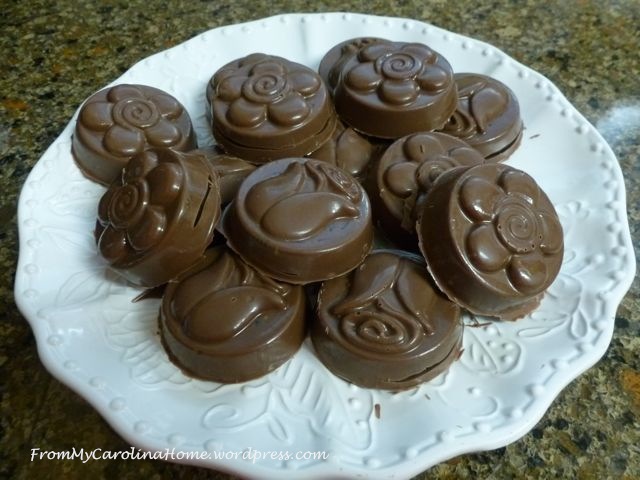 These three sweet cozy mysteries are set in February with a Valentine theme and tasty extra features – recipes with chocolate.

Valentine’s Day is approaching and the TenHuis Chocolade shop is busy with preparations. When a detective, aptly named Derrick Valentine comes to town with a mission, one that will involve the owner Nettie and her niece Lee. When the detective is murdered, Nettie becomes the prime suspect, and Lee has to solve the mystery without revealing the secret they are so determined to keep. Like all of the books in this series, this book contains tasty tidbits about chocolate, including how handmade chocolates are done. 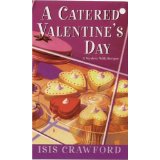 Bernie and Libby are sisters that own a bakery called A Little Taste of Heaven, and it is deep into preparations for a Valentine’s Day fundraiser they are holding with the owners of the local chocolate shop. Starting out by attending the wrong funeral, they are soon caught up in another problem. One of the owners of the chocolate shop has been found in someone else’s grave when he supposedly died in a fiery car crash weeks earlier.   Bernie and Libby agree to help the investigation all while trying to deal with an overload of work, prepping for the fundraiser with the other owner of the chocolate shop (who is the widow of the dead man), a building inspector not happy with their new oven, and a host of other things going wrong at the bakery. Several tasty recipes are included with this novel, including Chocolate Orange Poppyseed Cake, Fudge Brownies, and Chocolate Mocha Sour Cream Cake. 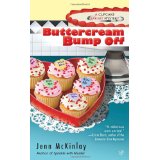 Buttercream Bump Off by Jenn McKinlay

Melanie Cooper and Angie DeLaura own Fairy Tale Cupcakes and Valentine’s day is just around the corner. With their competition dressing up as a giant cupcake parading on the street they need to get busy on their own Kiss Me Cupcakes. Plans go awry when Mel’s mother Joyce has a date, and he ends up dead. With Joyce as a suspect, Mel and Angie have to find time to bake as well as clear her name. The book includes recipes for Kiss Me Cupcakes (mint chocolate chip with mint frosting and a chocolate kiss on top), Orange Dreamsicle Cupcakes, Cupid’s Bliss Cupcakes (made with fresh raspberries and white chocolate cream cheese frosting) and Moonlight Madness Cupcakes which Mel bakes when she has insomnia.

Enjoy these mysteries, and have some chocolate!

9 thoughts on “A Cozy Valentine”